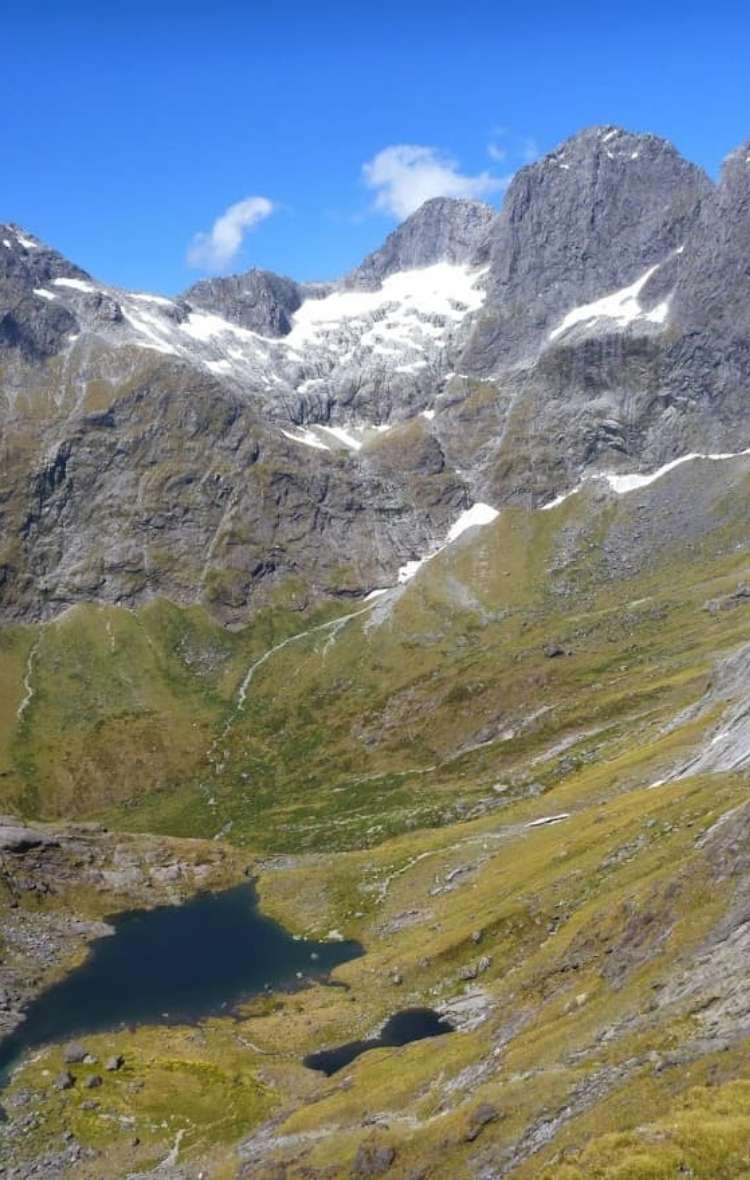 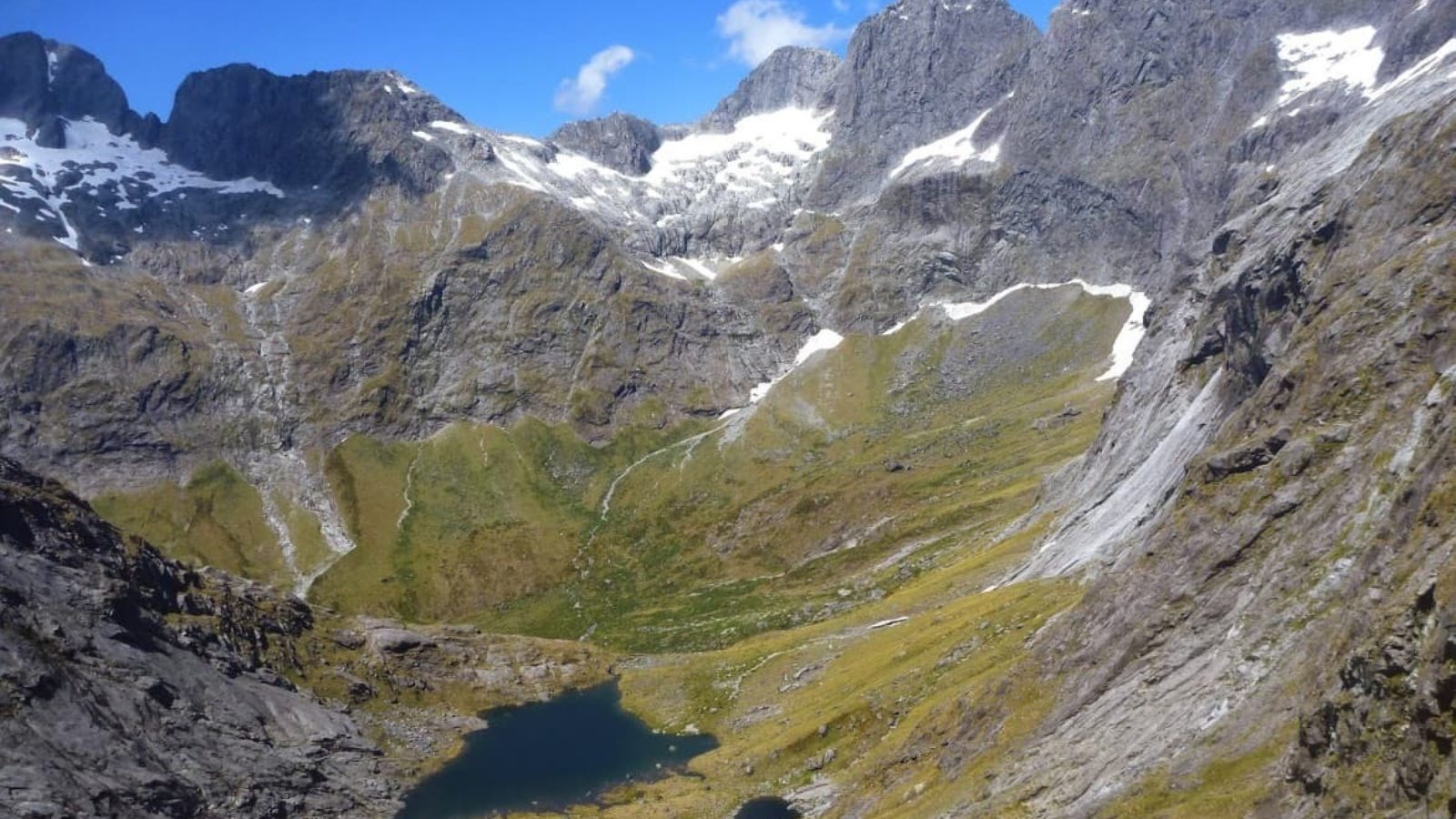 Tim's Top Three in the Darrans

The Darran mountains of Fiordland are perhaps my favourite place to climb in NZ. Every aspect of the area combines up to make it a unique place to spend time. There is such a variety of objectives and superlatives on offer. Highlights include some of the most dramatic scenery in NZ (and that’s saying something), the comforts of the NZAC Homer Hut, and rough solid rock. It is arguably the best part of the country for sport climbing, alpine multi-pitch rock routes, super-exposed scrambles, majestic snowy peaks and, when the stars align, long and committing winter climbs. Even just getting there is always tinged with excitement as the mountains grow in steepness and scale until the summits are only visible through the sunroof.

The only downside is the 6 metres of rainfall Fiordland receives annually. However, if you hit it at the right time, during the long settled periods that are common in January through to March, you can be hanging out for a rain to have the excuse of a rest day.

Mitre Peak… They don’t come more iconic than this. One of the most photographed summits in NZ by the thousands of tourist who cruise Milford Sound daily. The climb has a unique approach with a short heli flight from the local airport. Then the chance to camp at one of the most stunning campsites in NZ, perched on a narrow tussock ridge with views of the tiny cruise ships littering the dark waters hundreds of sheer metres below. From the campsite, the climbing follows a knife edge ridge on solid Fiordland granite. Occasional steeper sections up and over towers lead up to the summit perched almost 1700m above the Sound. The climbing is never difficult, but the exposure constantly tugs at your feet.

West face of Moir’s Mate – this area holds the largest concentration of alpine rock routes in the country and each one has all the makings of a classic outing. Just getting to the climbs requires full concentration as you traverse the knife edge ridge from Homer Saddle - enough to get the blood pumping. When you start the rock climbing, the snaking road that descends from Homer Tunnel into the Cleddau valley is already 1000m beneath your feet. The favourite routes are the classic trad outing of Bowen Allen Corner or the modern classic Lucky Strike. After 6 or 9 pitches you are standing on the summit of Moir’s Mate and have to simply descend the upper part of the north ridge and reverse the ridge back to Homer Saddle. Expect a full day out.

MacPherson-Talbot traverse This is an alpine route that has it all…rock, snow, glacier, lakes and, in spring, a garden of alpine flowers. It’s a classic outing starting from Homer Saddle. The first section is known as ‘Talbots Ladder’ and the occasional iron bar reminds you that this was once a tourist route to Milford Sound before the Milford Track itself was discovered, and long before the Homer Tunnel had even been dreamt of. Milford Sound would not receive the half a million annual visitors if this was the only route to get there! From the top of the ladder you hit the snow slopes that lead up to the summit of MacPherson. From the top take in the views from Mt Aspiring, Tutoko and down to Milford Sound. For many this is enough, and they choose to descend Talbots Ladder (which never feels as bad as you thought it would be on the way up). If you want a very full day out you can continue across the glacier to Traverse Pass and descend the other side to Gertrude Saddle before joining the increasingly popular route down Gertrude Valley back to Homer Hut.

A few other routes deserve honourable mentions as it’s not all about the climbing. Ambitious hikers will find the route from Gertrude Saddle over Barrier Knob and down Giffords Crack challenging but extremely satisfying. The objective may be to visit the historic Phil’s or Gills bivi sites, both massive bivi rocks with plenty of room for the whole family, situated in the mightily impressive Adelaide Cirque, a pretty special place to spend the night. Climbers often continue on to tick off the classic North Buttress of Sabre Peak, but for the hikers a refreshing swim in Black Lake or Lake South America en-route may be enough.

In winter the longest winter climb in the country is accessed in less than an hour from the Milford highway and provides 1500m of steep snow and ice climbing up the couloir of ‘Cul-de-Sac’ on Mount Crosscut.